Savers invested £4.4 billion in March bringing the total net retail sales for the first quarter of 2021 to £10 billion. Whilst down on the exceptional £17 billion inflow seen in the final quarter of 2020, the Q1 total still represents healthy net sales and shows that savers remain confident in the fund market. Active funds have remained an important component of inflows in 2021 so far, with £6.4 billion of the first quarter inflows directed towards these funds.

Overall, March ended with funds under management at a new peak of £1.47 trillion, recovering from January’s slight dip and displacing the previous record of £1.44 trillion set at the end of 2020 – again signalling a positive start to the year.

The latest Q1 figures also see the completion of the tax year, with fund companies and the five platforms (AEGON, Fidelity, Hargreaves Lansdown, Quilter and Transact) which supply data to the IA reporting ISA fund sales of £1.5 billion across the 2020/21 tax year, following outflows of -£1.9 billion and -£3.1 billion in previous two years. March in particular saw a spike in ISA sales with an inflow of £773 million as savers sought to use remaining allowances.

Top of the (asset) class

Fixed income funds have dominated Q1 inflows bringing in £4.7 billion over the quarter, a £1.5 billion rise on the inflows seen the previous quarter. With equity dividends remaining suppressed, though showing signs of recovery, fixed income funds have offered an option for income seeking investors. Early signs of rising inflation will have reduced the appeal of bond funds for some investors however, as well as leading investors to favour some sectors over others as the highest outflows came from corporate bond funds but inflows to strategic bond funds and gilts were maintained.

The Mixed Investment 40-85% shares sector continues to dominate inflows in the mixed asset class taking in slightly over half of the £3.5 billion net retail inflow in the first quarter.

Equity inflows have fallen back from the record levels seen in the previous quarter, but remain respectable at £2.1 billion. Continuing the trend seen in 2020, Global equity funds remained a firm favourite with savers with significant inflows to Asian equity funds. The quarter ended with a £472 million inflow to the UK All Companies sector in March, a possible sign of increasing investor confidence in UK equities following a successful vaccine rollout and as the UK settles into life outside the EU. Concerns over high equity prices and limited potential for further growth could be driving a shift from away from growth investing (selecting stocks with strong growth potential), and increasing the appeal of UK equities, with UK stock markets weighted towards value investing (selecting stocks the manager believes are undervalued relative to their fundamentals) industries such as energy, financials, and materials.

Inflows to the ‘other’ asset class (predominantly the outcome focused Volatility Managed and Targeted Absolute Return sectors) rose in Q1 to reach £1.5 billion, up from £1.0 billion in Q4 2020. Once again flows were led by the ever popular Volatility Manged sector which accounted for £1.1 billion of the first quarter inflows.

What’s next for the markets?

In March, the positive signals from the flash PMI data of 56.6 showed that business confidence is returning as output starts to increase, while the Bank of England has revised up its GDP growth forecast for 2021 to 7.5% (the February forecast was 5%).

Going forward we will look to see if the benign economic indicators for the UK economy are reflected in a continuation of the March inflows to the UK All Companies sector. March inflows to UK All Companies sector funds may also be a reflection of a wider ongoing shift towards value investing, which tends to do well if inflation is rising, away from the growth investing style that has dominated in 2020, though there do remain pockets of strong growth potential as economies bounce back following the lifting of Covid restrictions.

In the fixed income space the prospect of rising inflation may impact upon flows to bond funds. Increasing fuel and transport prices, and rising costs in the hospitality sector have helped push the CPI from 0.4% in February to 0.7% in March, and then to 1.5% in April. In the short term a spike in growth may offset some inflationary pressure, but should inflation rise above the 2% target and stay there for a prolonged period we may see an earlier than expected change to monetary policy through reduced bond purchases or interest rate changes. 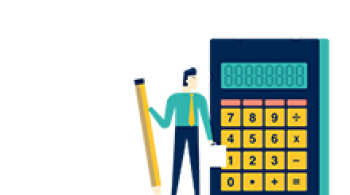