We champion the investment management industry

The UK investment management industry plays a major role in the economy, helping millions of individuals and families achieve their life goals by helping grow their investments (mainly through workplace pensions). In fact, 75% of UK households use an investment manager’s services (knowingly or unknowingly). The industry also invests, billions of pounds in companies and the financing of transport networks, hospitals, schools and housing projects. The industry supports 114,000 jobs in the UK, including 13,000 in Scotland. It’s the largest industry of its kind in Europe, and the second largest in the world, after America.

Our members range from small, independent UK investment firms to Europe-wide and global players. Collectively, they manage over £9.4 trillion of assets on behalf of their clients in the UK and around the world. That is 13% of the £75 trillion global assets under management. We act as their voice and represent their interests to policymakers and regulators, and help explain to the wider world what the industry does.

We want our members to achieve the best results for their customers, both in the UK and internationally. To do this, we lead learning, training and development initiatives to ensure compliance with the law and industry best practice – all while attracting a more diverse workforce into the industry. We also consult widely with members on issues affecting the industry, such as market trends, new technology, and data use.

We have five key policy divisions, covering every aspect of the investment management industry:

These policy teams are supported by four non-policy divisions:

Each of these nine divisions is led by a director who sits on the IA’s Executive Committee.

As a member of the Investment Association we are keen to ensure that you have full oversight of all our various workstreams and activities.

Please click here to view information pack. This will provide you with an introduction to the Investment Association, the benefits of memberships as well as an overview of the various resources and initiatives that you can access and participate in.

Diversity and Inclusion at the IA

As signatories, we commit to:

The IA is a founding partner of the Change the Race Ratio (CTRR), a business led initiative launched by the CBI to increase racial and ethnic participation in British businesses. As signatories of the CTRR, we have committed to set targets to increase the racial and ethnic diversity of our Board and senior leadership team.

As signatories, we commit to:

We will publish progress and targets on the first anniversary of signing in October 2021.

We signed the Women in Finance Charter in February 2017. Sponsored by HM Treasury, the charter is a pledge for gender balance across financial services.

Currently, our senior management team has a ratio of 54% female to 46% male. We’re committed to keeping female representation above 40% over the next five years, and we’ll report our progress each year. Chris Cummings, CEO, is accountable for gender diversity and inclusion at the IA.

When the Investment Association signed up to the Women in Finance Charter in February 2017, its senior management team comprised of 46% women (7 men and 6 women). Since this time, the organisation has grown by 50.8% (from 63 to 94 employees at June 2022). Line management responsibility has been distributed further across the business with this growth and the senior management team now comprises 54% women, which is representative of a workforce which is 66.3% women.

We believe we are on track to meet our Charter target by our deadline. 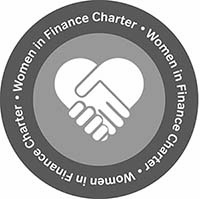 We want to create a diverse and inclusive UK investment and savings industry at all levels, including in our own organisation.

Since 2017, UK companies with 250+ employees have to report their gender pay gap for salaries and bonuses. This encourages larger employers to reduce the pay gap in their workforce – often due to a lack of gender diversity – particularly, in the most senior jobs.

It’s important. We see first-hand that more diverse organisations are typically more effective. And as the trade body representing the asset management industry, we think it’s right we voluntarily publish our own gender pay gap, too.

Although we’re not obliged to, we think greater transparency is important to achieve change and increase gender diversity.

You can read our gender pay gap report here.

The Investment Association is a company limited by guarantee, with registration number 4343737. You can find the IA’s Articles of the Association here.

Each year, we publish a detailed update of our goals and activities in our annual report. You can download the latest one here.

History of the Investment Association

The IA merges with Investment20/20 to increase diversity by changing perceptions and raising awareness of careers in the investment management industry. Together, they build on Investment20/20’s successful trainee programme and grassroots links with school-leavers and graduates, enrich career entry into the sector at all stages, and equip young professionals with the leadership skills to thrive.

AUTIF merges with the Fund Managers’ Association (FMA) to create the Investment Management Association (IMA). This reflects the overlap in membership and interests and the industry’s growth. For the first time, one trade association represents the whole investment management industry, creating a more powerful voice in the UK, Europe and worldwide.

The UTA rebrands as the Association of Unit Trusts and Investment Funds (AUTIF). Its objectives, to:

The organisation is renamed the Unit Trust Association (UTA). Its objectives, to:

On 13 October, several organisations merge to protect and promote the interests of investors and investment managers. This was called the Association of Unit Trust Managers, formed to represent the interests of unit trusts and mutual funds. 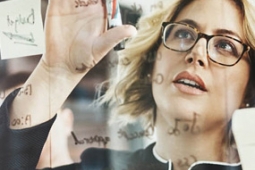 Our key purpose is to make investment better for savers and investors, for companies and their employees, and for the economy. That way, everyone prospers.
Read more